Open Inclusivity’s “build your own organization” was a resounding success! We modeled this un-workhop on HUB Heidelberg’s innovative style of un-seminars after being inspired by them at the Science in the City Festival at ESOF in June. Many people showed up to participate in helping build the structure of this new organization. We mainly focused on clarifying what the nuts and bolts of what should be of such an organization — we talked about what should be in our own code of conduct, what we should encourage other open knowledge organizations to put in their, how to approach open knowledge and traditional organizations to ask if we can use their codes of conduct as examples and how to best spread the word about Open Inclusivity to interested parties.

One of the main things discussed was whether or not we should employ the naming and shaming strategy. There were several opinions on the topic within the group that worked on that question. In an unexpected turn of events, two participants named and shamed another when we reconvended to discuss the outcome of the working groups.

This incident highlighted exactly why the strategy is controversial; some of the people present had previously been in conflict about improper conduct and had been unable to resolve it – and as outsiders to the conflict, a lot of the other people present were unsure how to approach the issue because of the great difficulty in getting all the information about a complicated situation quickly from the involved parties.

This situation was a wake-up call for how hard naming and shaming is to handle for an organization that at the present time does not have the resources to thoroughly investigate a situation from a thorough and just standpoint. This helped us realize that we do not believe that naming and shaming should, for now, be a part of Open Inclusivity beyond the one open case we are already handling.

Going forward Open Inclusivity will be in contact with various hackerspaces to investigate what they think of naming an shaming and other points of its construction. We also have plans to poll the online community and engage them in dialog for feedback on this.

We would like to thank everyone who showed up for displaying interest and support for open knowledge and inclusivity!

Below are some photos of the notes that were taken by the different groups that took part in the workshop: 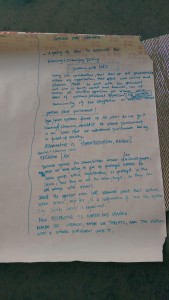 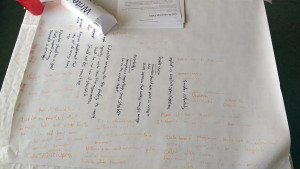 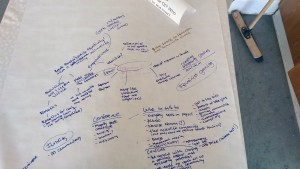 openinclusivity.org is hosting a “build your own organization” workshop at Kapelvej 44 on Saturday, July 19 at 3pm. Everyone is welcome to stop down and get involved as long as you come with an understanding values of inclusivity. Paradoxically, working towards a future inclusive society means not letting everyone shape inclusivity. Confusing? We’ll explain more at the workshop! See you there!

For more details about the event please check out the Facebook page. You can also sign up there but that’s not necessary and the event is free.

We’ll be facilitating more actions to help form the organization soon. Most will be online as this is a global movement! Keep checking back for updates.

Citing totally spurious reasons that basically boil down to them being upset that I continue speaking out when we all agreed in mediation that I would not stop, they have pulled out of the mediation process demanded by the community. This, I feel, is an act of incredibly bad faith.

I will write more about this soon. Check back here later for updates.

openinclusivity member Jen Kotila was granted a PR and communications officer pass to the Euroscience Open Forum conference due to her role in promoting the organization. ESOF also wanted to provide balance to the situation as the men who were harassing Jen were heading the Kopenlab Festival, which was a part of Science in the City. During her time at ESOF, Jen managed to peacefully Occupy Kopenlab while being observed by the team behind collaborativesociety.org (an upcoming documentary about the emerging new paradigm of open collaboration).  Much constructive dialog happened as a direct result of ESOF and Science in the City valuing balance and open communication.

Due to being at ESOF and Science in the City, openinclusivity.org also was able to connect to many others in the open knowledge and academic worlds who are interested in forming partnerships to help share existing and write new codes of conduct to keep the movement healthy and growing. In fact, we’re very responsive and open to community feedback and over the course of the week it was decided that openinclusivity.org was a much better title than opendisrcimination.org as it is a broader and more positive term.

Our thanks go to both ESOF and Science in the City for granting us this opportunity to build bridges within our movement and to other more traditional institutions and to peacefully sound our voice against discriminatory practices. We greatly look forward to being a part of ESOF 2016 in Manchester when the theme will be “science as revolution”!

We were too busy at the Festival and conference to be actively blogging about it, but we’ll do some retrospecting over what happened over the next few days.

What is this site for?

It's intended as a conduit for the open knowledge and DIY community to build and enforce codes of conduct.

We intend to do this by collecting codes of conduct from organizations that have them already and helping those who do not write down their policies.

It's a repository of information for those dealing with discrimination.

It's a way to network with others who want to take action against discrimination and promote inclusivity.

It's a way to change the movement, science, technology and the world for the better.